Molteni C New Releases | Living In Every Corner Of The Home

Giorgetti Novelties | From Living to Dining Areas Through Bedrooms

Former Alaska governor Sarah Palin’s mama grizzly den in Arizona can be yours for $2.5 million.

The former Republican vice presidential candidate has put her 8,000-square-foot mansion, which sits on five acres, in Scottsdale, Arizona on the market, according to Zillow’s celebrity real estate blog.

Palin bought the giant home, listed by Richard F. Barker of Keller Williams Arizona Realty, for $1.7 million in 2011 — two years after she resigned as governor of Alaska.

The giant estate includes equestrian facilities, a lighted sports court, putting green, spa and pool, according to the Zillow listing.

A new buyer would have views of Arizona’s mountains, but not Russia, from the house’s rooftop deck outside of the master suite.

The six-bedroom house includes Jacuzzi bathtubs in its 6.5 bathrooms, chandeliers and wrought-iron staircases, according to Zillow.

The mansion also comes with a wine cellar and a media room, presumably not for the “lamestream” variety.

Take a closer look at the property in the photos below. 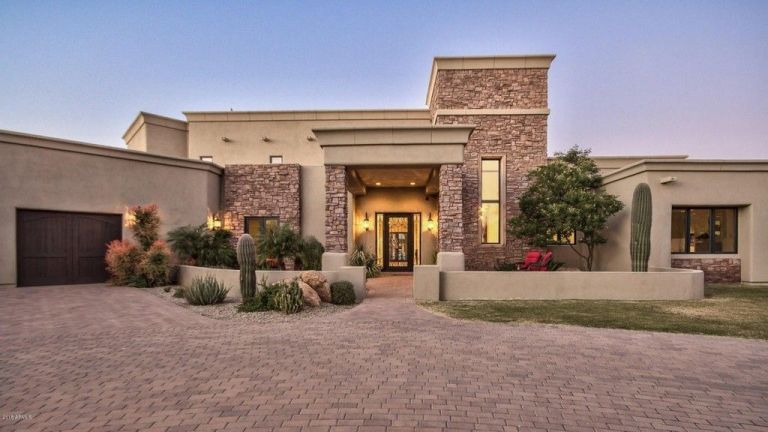 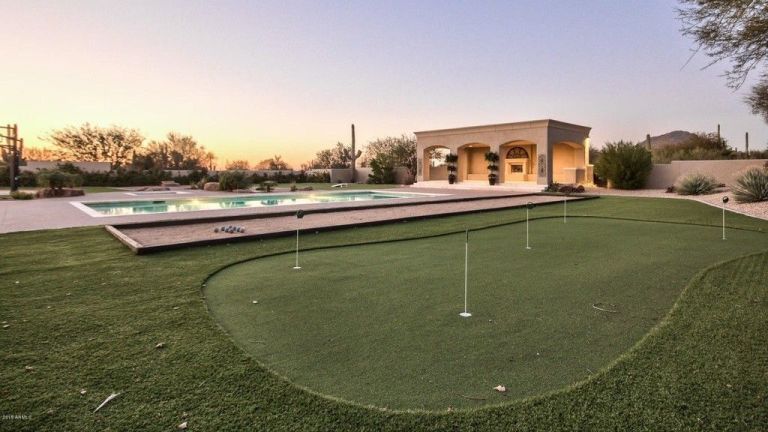 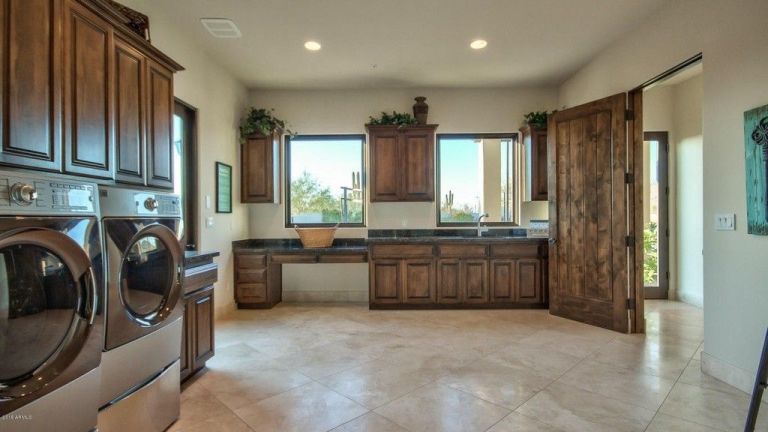 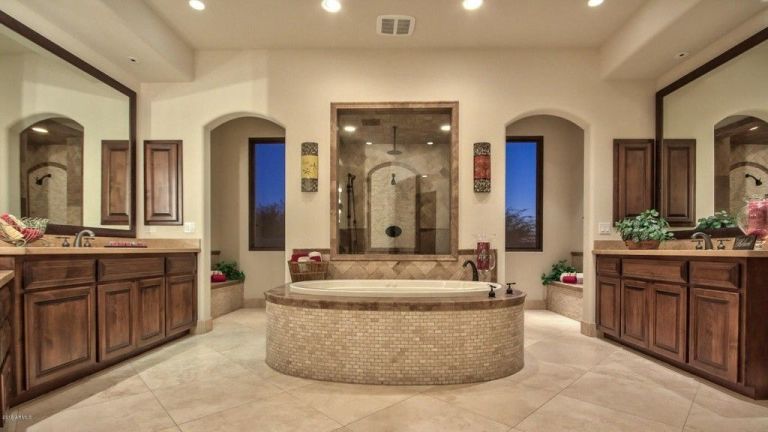 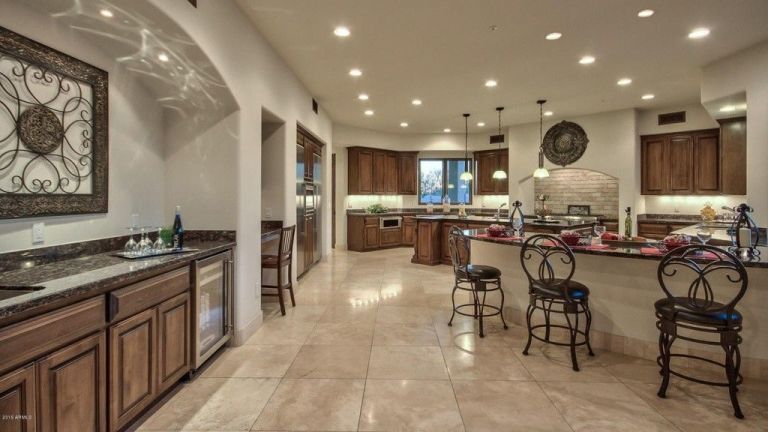 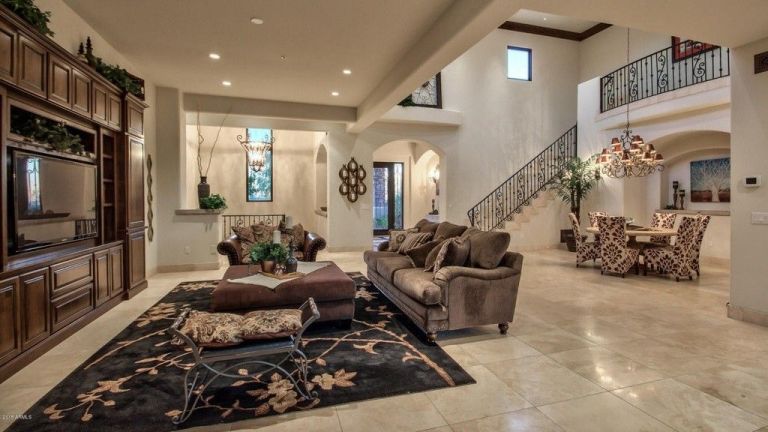